skip to main | skip to sidebar

I have been fiddling around on a website that is new to me. Accumen Fund is a new and exciting breed of social entrepreneurship nonprofit, incorporating venture capital ideas into the old model of fundraising and donating abroad.

This is what they say about themselves:

Acumen Fund is a non-profit global venture fund that uses entrepreneurial approaches to solve the problems of global poverty. We seek to prove that small amounts of philanthropic capital, combined with large doses of business acumen, can build thriving enterprises that serve vast numbers of the poor. Our investments focus on delivering affordable, critical goods and services – like health, water, housing and energy – through innovative, market-oriented approaches.

The founder, Jacqueline Novogratz, is someone who has struggled with many of the same questions that I have regarding both development and her life. She was jaded by failed development in Africa at a young age and chose to go into the NY finance world. With a new understanding of economic growth and entrepreneurship, she ventured back into the developing world, founding a number of microfinance institutions and eventually starting the Accumen Fund in 2001. She has recently released a book on the topic of development, The Blue Sweater: Bridging the Gap Between the Rich and the Poor in an Interconnected World. I will be picking up a copy shortly to take on my work trip to East Africa, which I leave for on Monday. I will be working with some of the same MFIs Jacqueline has dealt with. Sounds like appropriate reading for the journey!

Expect a review soon.
Posted by Yaymee at 3:27 PM 1 comment:

MK Made Me Do It!

MK started her own blog, which inspired me to take a look at mine once again. I realize I have not had much to say for awhile. Why not? Nothing seemed as blog-worthy as my adventures in Guinea, which I have successfully mourned for over two years. I say "successfully" because I am now not only an evacuated PCV; I am more. But for awhile there, I was wallowing in in a bit of self-doubt, grief, and disappointment. And those things bred silence within me. Aside from the occasional BBC article link, I have been quiet for nearly two years.

But now, I am back and better than ever.

Thanks, MK, for the inspiration.
Posted by Yaymee at 3:05 PM 1 comment:

VOA's West Africa correspondent Nico Colombant said Kouyate has been replaced by Ahmed Tidiane Souare, a former minister of mines and of education. Colombant said according to agreements made with unions, President Conte was not supposed to unilaterally dismiss the prime minister.

Sidya Toure is former prime minister of Guinea and leader of the opposition Union of Republican Forces. From Guinea's capital, Conakry, he told VOA that the opposition was shocked by the sudden news of Prime Minister Kouyate's dismissal.

"We just heard on the evening news on the television, and we were really surprised because we didn't know that the problkem between the president and the prime minister was so big," he said.

Toure said some in the opposition have known for some time that things were not going well between the former prime minister Kouyate and President Conte because they not working together.

President Conte has been in power for more than 24 years, and opposition parties have been demanding free and fair elections. In an interview with VOA last year, Kouyate said his government had drafted and passed what he called genuine election laws for the formation of a national electoral commission.

Toure said the political climate in Guinea has not been good because the opposition has been divided.

“During the first six, seven months we had unity among trade unions and political parties, and we tried to do something. But today the situation has changed. It’s not been a very good situation because we are really divided. This is why we will have the meeting tomorrow to have a common position,” Toure said.
Posted by Yaymee at 11:19 AM 1 comment:

Picture in the GSIS Newsletter

My favorite Guinea picture made it into the GSIS newsletter! Check it out:

CONAKRY - A major fire has devastated parts of a city in northeastern Guinea, including the central market where it began, though it was unclear whether there were casualties, residents told AFP.
The fire began accidentally last night in Siguiri at a store where dozens of fuel barrels were stored for sale on the black market, witnesses said. The store owner had been working among the barrels while smoking a cigarette, they said.
Nearly all of the central market was destroyed and residents were fleeing the blaze late yesterday.
Siguiri has no fire station, but employees from Ashanti Goldfields mining company, which operates nearby, had gone to the scene.
Siguiri is a mining city located on the Niger River near the Mali border and has some 60,000 residents.
Guinea has been hit by fuel shortages recently.
Posted by Yaymee at 12:29 PM No comments:

It's snowing. It's also thundering and lightening. I'm confused.
Posted by Yaymee at 11:26 PM No comments:

Last year's strike ended when a new PM was announcedAfter days of negotiations, trade unions in Guinea have called off a nationwide strike planned for Thursday.
There were fears the strike could have led to a renewal of violence which left close to 200 people dead last year.
The unions last week accused Guinean President Lansana Conte of breaking the power-sharing agreement which ended last year's violence.
They have now agreed to work with the government to ensure the deal holds, leading to a sense of relief.
It is a hand-to-mouth existence for many who simply could not have afforded to strike.
"We have decided to suspend the strike, taking into account the situation which currently prevails," union negotiator Boubacar Biro Barry told reporters.
"The government has made a commitment and we have no reason to doubt it, and religious leaders will be in charge of monitoring the implementation of the agreement," he said.
Violent protests
The trade unions said the decision was made in the interests of peace and even mentioned the forthcoming African Cup of Nations football tournament as one of the factors influencing the decision.

President Conte has clung to power despite poor health
In addition to the personal economic impact, the planned strike was also not popular with many Guineans because of the fear of repeat of the chaotic scenes witnessed one year ago.
At the time the government was barely functioning and the trade unions tried to force the ailing Mr Conte from power.
The move was hugely popular, so the unions brought the whole country to a standstill.
But protests soon became violent and when the president turned to the military, close to 200 people were killed.
Despite his poor health, President Conte clung on but agreed to hand over some of his power to a consensus prime minister, Lansana Kouyate.
But in recent months loyalists to Mr Conte, who found themselves sidelined from power and resources, have done their best to derail the peace agreement.
When the president last week sacked Communications Minister Justin Morel Junior, considered by many to be performing well, this prompted the unions to once again raise the red flag.
IMF help
Prior to Mr Kouyate's appointment, to say governance in Guinea was chaotic would be an understatement.
It was not uncommon for a cabinet reshuffle to be announced on state television and then cancelled the following evening.
Guinea was rudderless and corruption grew ever more rampant while the population grew ever more desperate.
What is worrying for Guineans is the return of these signs of trouble at the top.
The country is rich in resources, including bauxite needed to produce aluminium, and institutions like the International Monetary Fund have been trying to help Guinea back on its feet.
However, after years of misrule, that is a huge task.
Posted by Yaymee at 6:41 PM No comments: 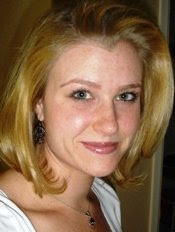 These pages include the musings of a young, happy professional in the field of international development finance. Living in DC and travelling the globe has given me a lot to say. You can enjoy my philosophical (or sometimes shallow) thoughts on our current world, or dive into the archive. There, you can venture back into my days in grad school at the University of Denver and roam around my memories of my time as a Peace Corps volunteer in Guinea. Either one you choose, there is one rule: Don't take this world too seriously. That ruins the fun.